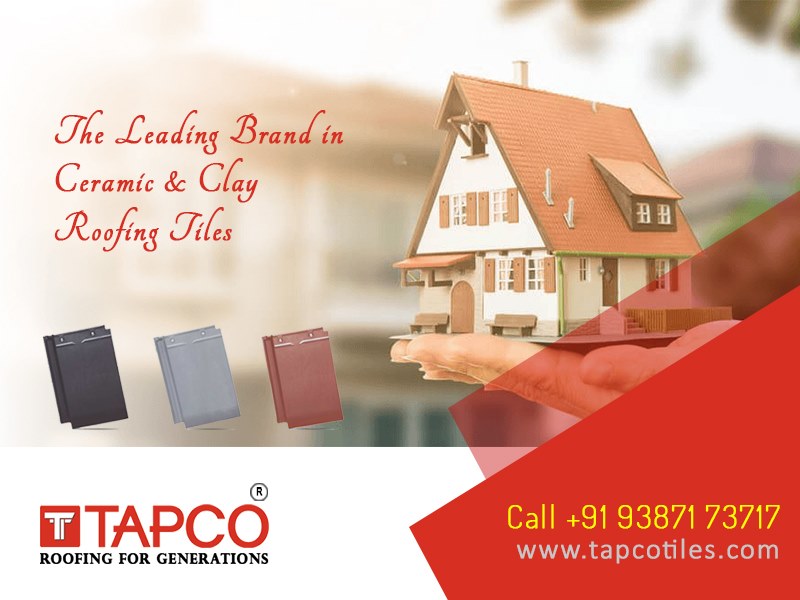 The present scenario of the climatic condition in India shows that the cool roofs had become a necessary thing. The weathering clay roof tiles are mainly used for flat roofs or terrace roofs. The climatic conditions will generally affect these kinds of roofs badly. The Tapco roof tiles are providing excellent quality weathering roof tiles that had passed accelerated weathering test. It is very peculiar with its quality when compared with other roof tile brands in Kerala. All the roof tiles from the Tapco roofing are ISO certified and are performing well. Thus became a recognized brand in the field of roofing since 1930’s. The Tapco roofing is marketing the best weathering clay roof tiles in Thrissur.

THE MAJOR PECULIARITIES OF THE TAPCO WEATHERING CLAY ROOF TILES

Firstly, we can say about the appearance of these roof tiles. These kinds of roof tiles from the Tapco roofing have ceramic base with an improved kind of glaze coat. It will make it look more beautiful. It is available in many shades of colors. Secondly, we can see the solar reflection part of these roof tiles. The Tapco clay roof tiles have a better ability to reflect the heat of sun that touches it. Thus keeping the interior of your home cooler, and can help in reducing the electricity bill.
Only pure and natural clay is used in creating the Tapco clay roof tiles. All these roof tiles are eco-friendly and cause no harm to the environment. Thus, it is making the people a non-regretting option of roof tiles. The Tapco roof tiles are comparatively light weight and have a better binding strength. The roof tile installation is also simple and easy with it. It is anti-fungal and will be affected with less vegetation growths. It can match with the cool roof concept of roofing tiles. It will also prevent the roof leaks in the rainy season. The Tapco weathering clay roof tiles can withstand in heavy climates. Thus became the best roof tiles in Kerala.

The concept of having cool roofs came true with the Tapco roof tiles. Usually the terrace will be much hotter and it will be difficult for the people during summer. It has the ability to reflect the heat touching it. These roof tiles will allow only minimal heat to enter inside. Thus the inside part of the house or building seems to be cool even in hot summer weather. This cooling effect is the major reason behind the popularity of the Tapco clay roof tiles across India. This gained a better popularity among the people.